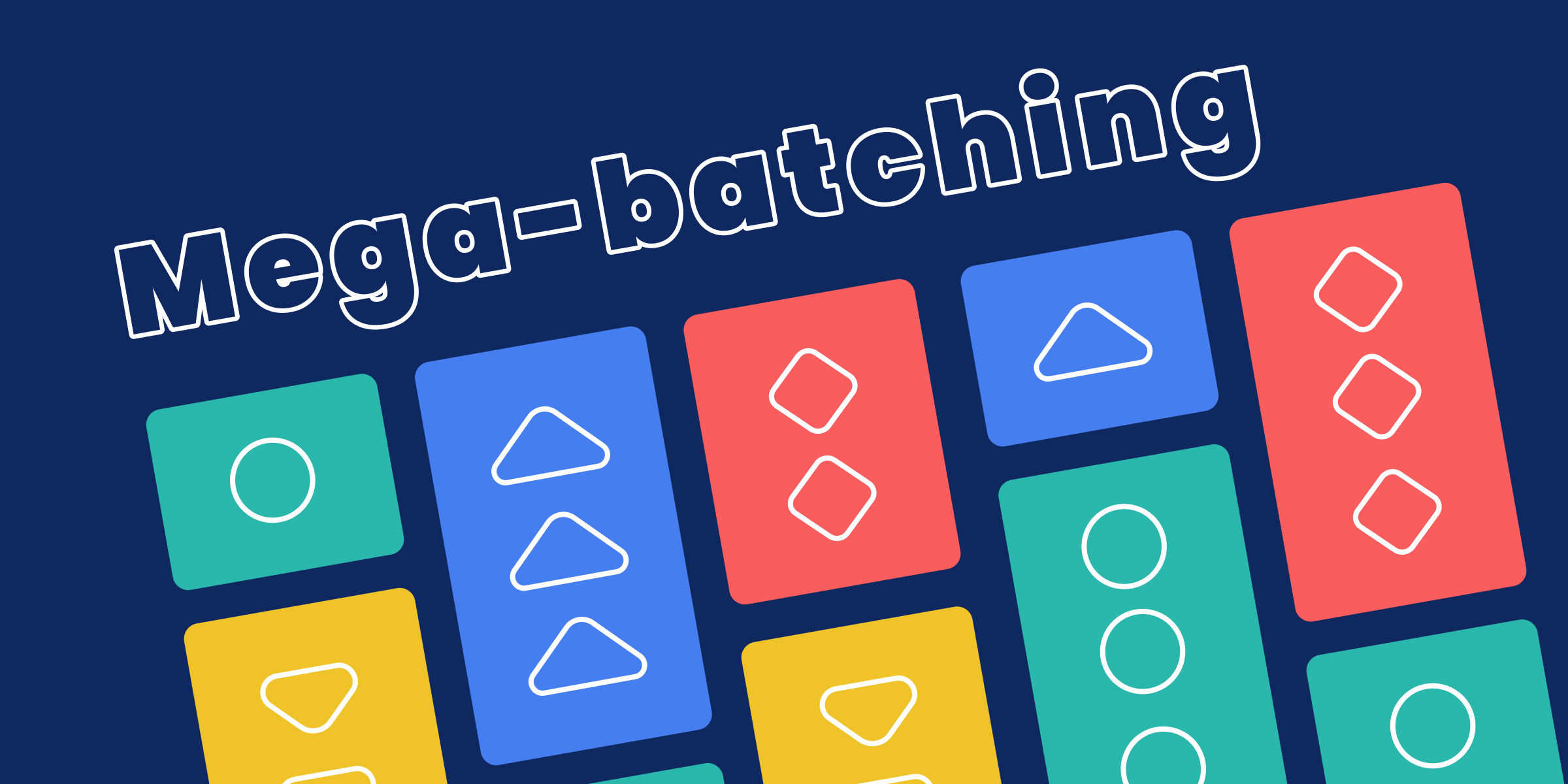 This is the second post in a series on team productivity. If this is your first time here, check out the primer in my first post here mega-batching 101.

In short, task switching is bad. The research of Dr Sophie Leroy of the University of Minnesota has found that when we switch from one task to another, some of our attention remains stuck with the original activity. This residue has a negative impact on subsequent performance.

Enter our hero mega-batching: a form of time management that allows a person to maximize concentration and decrease distraction. It aims to increase productivity, creativity, and mental sharpness, while decreasing fatigue, procrastination, and stress. Check out some source material from a best-selling author by the name of Michael Hyatt.

If you plan and batch, this makes your work more predictable and routine – this leads to less residue. Think about when you're doing your morning routine. People tend to come up with new ideas or solve challenges while in the shower. This is because the process of getting ready is typically routine or automated thereby freeing your mind to focus/think about other things. As a counter-exampled, think about when you last started at a new job. You have to wake up at a different time, figure out your commute, changes in the dress code, etc. These are times when unpredictability leads to stress and attention residue.

Our Overall Goals with mega-batching the entire organization:

What we learned in Version 1:

It's not uncommon to be on multiple projects or initiatives at one time at an agency. We had a theory that batching the types of tasks would be less stressful than the project/initiative. This proved to be the opposite. For example, doing status reports across all projects was mentally taxing vs batching a status report and other tasks related to that project.

We refined the team schedule adding more time for meetings on Wednesday mornings. Every organization is going to have a different level of meeting time but for us we were simply running out of time for times to regroup

Our operations and directors teams managed to group all their check-in meetings Wednesday morning, which helped keep other calendars full. The problem was it was too intense and made Wednesday mornings a slog.

Fridays became our sacred day of focus. During the pandemic, this meant no zoom no meetings, nothing. This was particularly helpful when we reduced our team to a 4-day work week during the early days of the pandemic – stay tuned for that post.

As we became more aware of interruptions throughout the week, we realized that slack (not email) was the biggest offender to the team feeling breaks in focus. So we introduced a full set of Slack Etiquette that you can learn more about here.

We're constantly getting feedback, modifying, adding in more ideas, and testing them on the crew. Our implementation is far from perfect and we're still learning from the team but each time we iterate it gets a bit better.

Discuss Your Project
Request an Intro Call
Thank you! Your submission has been received!
Oops! Something went wrong while submitting the form.

Expect a response within 1-2 business days.